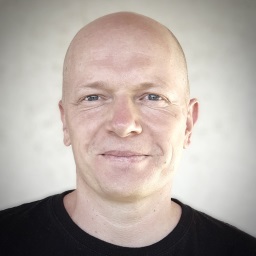 I have been developing software with passion for more than 30 years, being involved in challenging projects using various technologies, ranging from low level coding, server side applications, language parsers or game engines.

I love to work on complex systems, improve their designs, empower the users and bring a strong technical leadership to a team.

When working on a project, I particularly care about direction, performance, quality, extensibility, maintainability, simplicity and usability.

For the past years and during my spare time, I have been the author and developer of several open-source projects:

I have been prototyping, designing and developing a C# game engine called xenko My work spanned from diversified aspects of the development of this product, including:

I have been a lead developer on numerous challenging projects.

During this period, I have contributed to study the integration of several technologies for frontend applications, including the challenge to aggregate efficiently trading positions using an Oracle OLAP Database.

Software Architect: redesigning of the Profit&Loss application for the J2EE Platform

Part of a large project (120+ people) aiming at redesigning key components around the Profit&Loss application, I was directly involved in:

Senior Software Developer for the integration of CFD products

Started as a prototype in a project where the code was mostly a large C/C++ application handling the Profit&Loss, Risk Analysis for the Equity derivatives. The goal of the project was to provide a distributed data system on top of an existing central database, to allow local and faster data access to different applications. The service had to run 24h/365 and was deployed around the world (Paris, NY, London, Tokyo). I have received feedback that this system was still in production in 2015.

As part of my duty for the French military service, I had an opportunity to work in New-York as a 1st level support of a critical application for traders, working directly with them on the trading floor. The application consisted of multiple client side applications and a centralized database with various pricing servers running located in Paris. I was also responsible to provide local IT support (e.g debugging network printers on a Sun servers) and development for the traders (advanced excel macros, specially for basket trading)

Before going to New-York, I had to train and learn all the different applications and system I would have to support there and I have also been able to actively participate to many development fronts:

I joined a team that was actively developing the ISDN network stack for the IBM 2220 Nways Broadband Switch. I have developed an application to perform checks of the protocol. The application was producing a HTML report with a web server to easily verify visually the correctness of the protocol implementation. With this tool, I have been able to identify some problems and helped the team to debug and fix some bugs.

I got caught back into my early passion when I was a teenager. I participated to the demogroup Frequency where I gave a bit of my spare time and experience to help in the making of some intros.

While working at Societe Generale, I took a sabbatical year to do a backpacking trip around the world, all on my own. I spent 11 months in Africa (Burkina Faso, Mali, Benin, Togo, Ghana), South-America (Peru, Bolivia, Argentine, Chili), Isla de Pasqua, Tahiti, Australia, Indonesia, Singapore, Thailand, Nepal and India. While traveling I was actively writing and updating my website diteoo.com (In French, it means "Where are you?")
This travel has considerably transformed my vision of life.

With a group of enthusiast computer and electronic students at INSA de Lyon, we built a project to track GPS position of boats in a sailing cup and display them in 3D real-time. I was the lead developer of the 3D renderer that was using the popular BSP rendering and texture mapping technique at this time.

I spent my spare time learning democoding and developed several dozens of effects (3D, sprites, bspline rendering, plasma/copper bar, character animation...) I joined the french demoscene group IRIS and released 1 intro and 2 demos (SpaceDepths and the Olympia Demo). As I was living in the country side of France, It was really difficult at this time to get access to relevant technical documentations about how to use the hardware, so I had often to disassemble existing demos to learn from the best coder's techniques. It is also a period where I have written most assembly code in my life. I composed also many musics on this platform.

In the recent years, I have published many technical posts on my blog, most recently: