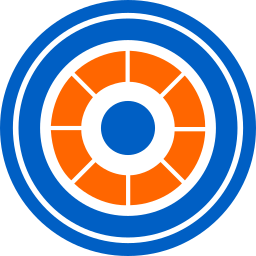 In the past years, while using intensively C# for developing game engines and various libraries, I have been struggling with many limitations of the language and runtime and tried to mitigate these by using whatever unsafe/IL/native code could help, but of course, there are many things you can't just solve with basic workarounds...

A few years ago, when I first read the paper Uniqueness and Reference Immutability for Safe Parallelism and later the blog post of Joe Duffy about C# for System Programming While I tried to contact him with my colleague to give our hands/help to make it possible to release it... we didn't get a response :) but I was really excited about it and immediately started to sketch a few ideas about what this language could be. My original sketches didn't go far: I wrote mainly a parser prototype with an ANTLR parser, digged a bit into the memory models (things like Region based Memory SubSystem for SSCLI), Rust was already under heavy development so it was interesting to watch this language evolving...incidentally, at that time, they announced to remove GC from Rust. I wrote a prototype of an Immix Garbage Collector in C++, so in the end, nothing finished, nothing fancy... but I kept this strong taste of excitement of trying to build a new language and runtime that better fits my needs...

In the meantime of my quest to improve things there, I played with some language and runtime experiments in C# with struct inheritance or stack allocation for reference types... Of course, developing a new language and runtime is a huge daunting task, but it is even harder to try to evolve an existing language, runtime and ecosystem: I remember I asked at a MVP summit one or two years ago if C#/.NET could evolve significantly without introducing breaking changes... but legacy is legacy, at some point you can't really overcome the structural foundations of it that was built many years ago in the early footsteps of Java...

So back to the ring, instead of going full submarine on this, I would like instead to re-start this journey as a big tutorial series on building a "modern" language and runtime from scratch... From the language specs, parser&compiler, intermediate bytecode representation, LLVM backend compilation... I will try to implement a prototype of this new language and post the dirty details of the process as a blog post series. It is going to be certainly impossible, but let's just dream, it doesn't hurt and I will most likely learn many things while trying it... and hopefully, you will enjoy it...

Let's call this language design experiment Stark, a name I used for my previous prototype, pun intended, with a bit of geeky reference and the intended point to get something "bare" or "simple" yet powerful...

Even though I have been following a bit a language like Rust, I haven't been satisfied by the syntax or the cumbersome constraint of using the memory ownership system coupled with lifetime...

Also, I don't have the pretention to bring anything massively new into this experiment... so be indulgent, this is going to be a playground journey, influenced by the few languages I have used or seen in my life... a subtile patchwork of things already done elsewhere! Among others, I will try to bring many ideas that the Midori team implemented in there language, relying largely on the fantastic blog post series of Joe Duffy.

Let's try to draw a dream wish list with an emphasis balance between performance and productivity. It doesn't mean that this whole tutorial series will cover all of them!

This is a glimpse of the gigantic work that I would love to be able to bring (note the conditionnal all around), but more presumably, will at least try to implement some of the challenging bits... maybe enthusiastic folks will be interested in helping this project.

In the next blog posts, I will try to code the early part of this project that will be available on github https://github.com/stark-lang/stark

For the ease of development, most of the code will be developed in C#.

I plan to iterate first over a small but functional HelloWorld prototype working on a subset of the grammar and the features described above, while still trying to get everything working and connected from the parser, compiler, IR format and the LLVM back-end compiler to generate effectively a final exe

You can prepare your popcorns, lots of suspense and tears ahead!